The Teams for the 2023 EMEA International League, Revealed!

In April, we gave you a sneak preview of what VALORANT esports would look like in 2023, with the introduction of international leagues that will deliver premier-level competition between the world’s best players and top-tier organizations on a weekly basis.

In August, we expanded upon this with information on how the regional Challengers circuit would grow and give a greater opportunity for up-and-coming talent to succeed on a bigger stage. This new system would also open up a pathway for the best regional teams to compete in their respective international leagues. It took a lot of careful consideration on our part, as there were so many exemplary candidates deserving of a place, but we are now ready to reveal to you the ten teams that will join the EMEA International League in 2023!

What did we look for in teams?

The process was incredibly competitive, and we were humbled by the interest and the overwhelming number of applications we received. The selection spanned months, including a written application, in-depth interviews, and financial reviews. Ultimately, we looked for three things in our new VCT partners:

It’s worth addressing directly that while we respect and celebrate past competitive performance, it was not a key consideration in our decision - as we instead focused on an organization’s ability to create the most compelling VCT for fans in the future.

We are thrilled to finally be sharing this information with you as we move into this new chapter of the competitive VALORANT scene. 2023 will be kickstarted with a bang with the commencement of Challengers Split 1 and the largest international tournament in VCT history, so get ready for all of the action - you don’t want to miss this! 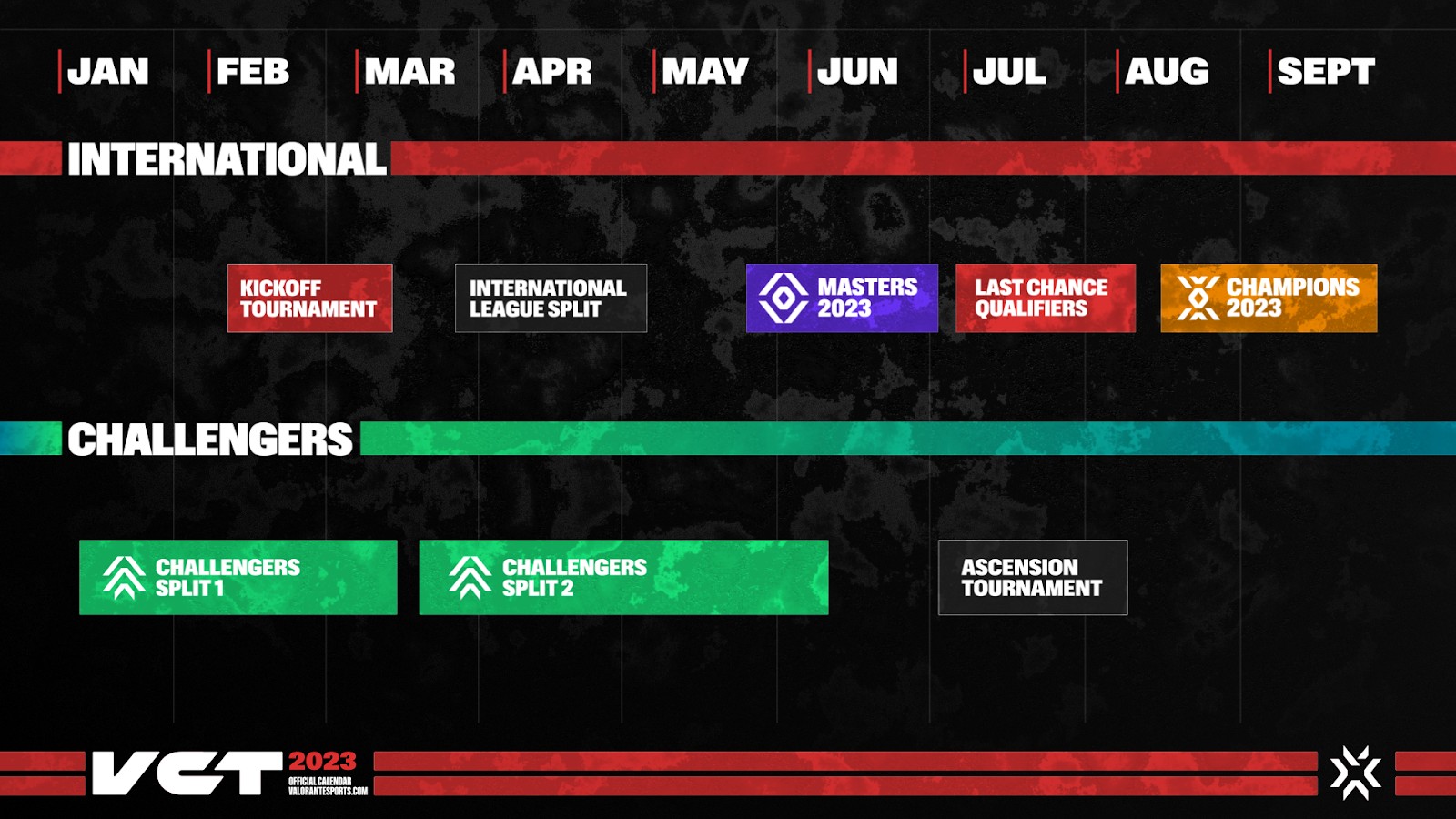