The Darkin have awakened, casting their dark shadow across all of Runeterra… But we must carry on, and carry on we shall! Even with the encroaching darkness we are here to dutifully squash bugs. Check out the contents of Patch 3.15 below!

Here is a roadmap of The Darkin Saga (and a little more!) 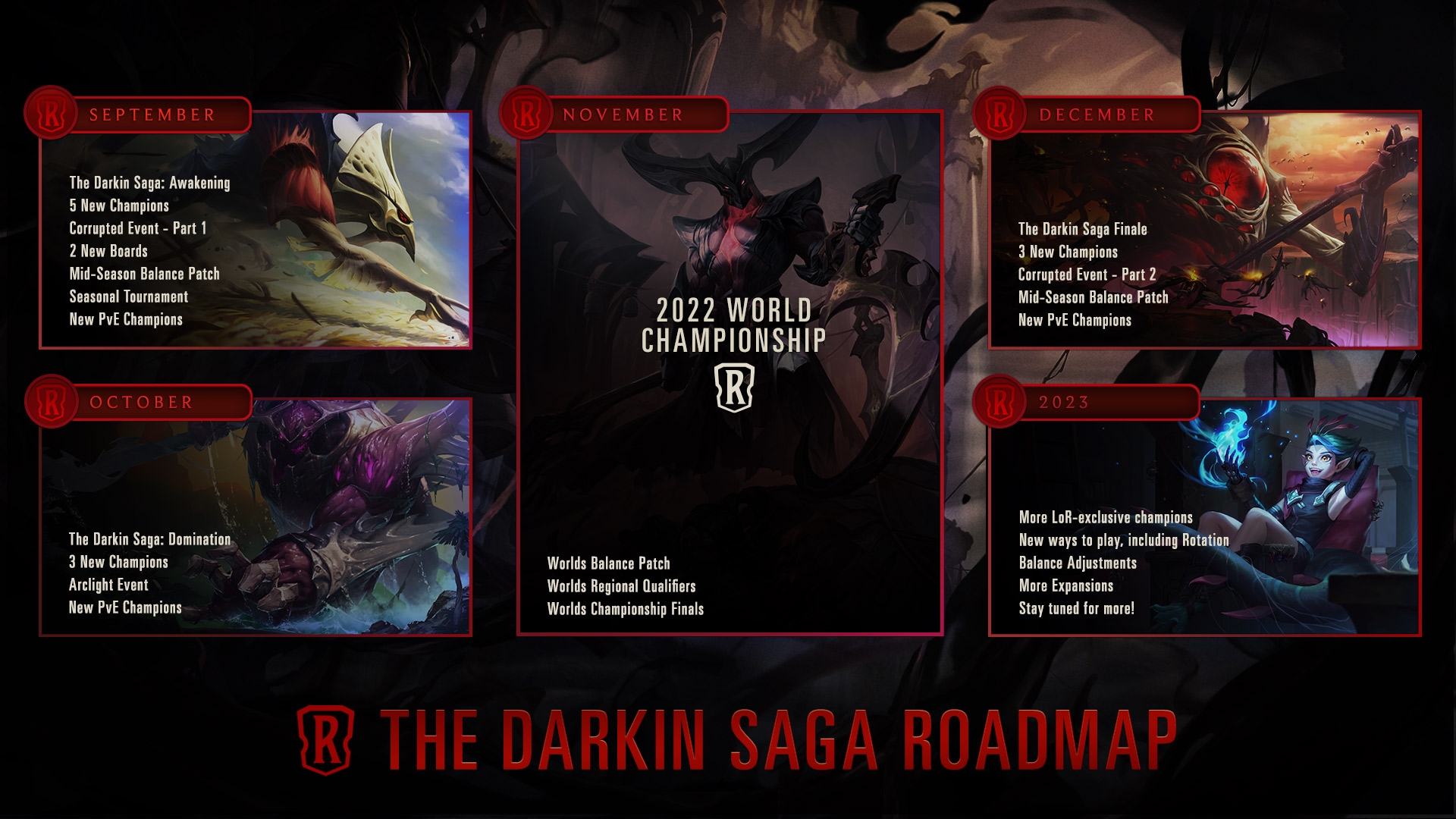