Last week the best in the world battled it out in a grueling regional qualifications and now that the dust is settled we are left with our top 16.

These top 16 will face off against one another in the ultimate test of skill, and one of them will be our next World Champion. The players below will compete in a round robin group stage on December 8-9, with the finals taking place on December 10. All days will be broadcast on the Legends of Runeterra Twitch and YouTube channels.

Here is the rough time schedule for each day! 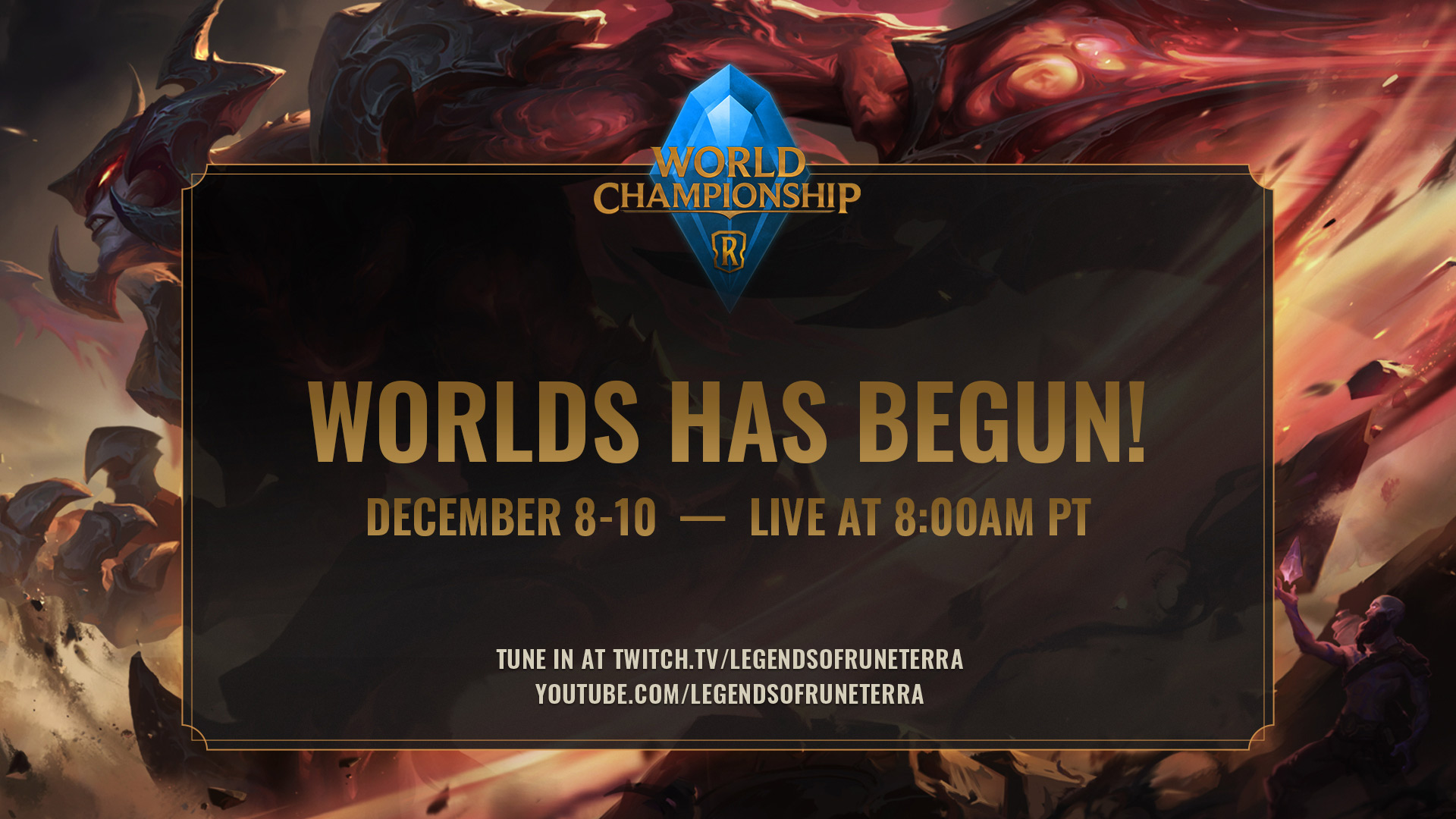 Editor’s Note: The broadcast will be English only, but co-streaming is allowed for this event!

What’s Worlds without an epic Anthem that captures the essence of the event? Check out the LoR World Championship Anthem below!